Menu
Click your refresh button to ensure you are looking at the latest version of the content.

Your system can store an earlier copy of a web page – in this fast-changing emergency it’s best to make sure you are not missing new updates.

HRH The Duke of Edinburgh
To link to the Church of England message page, please click here

A Reflection for this week

Worship for this Sunday

Light a Candle of Hope

Resources to use at home

For children, families and young people

Most of our churches are CLOSED because of the Lockdown

Our normal point of contact is the Parish Office – 01404 44035     [email protected]
However, the office will NOT be open to visitors during the crisis. Emails and voicemail will be checked as often as we can.

The APRIL edition is out now!
Details of Holy Week and Easter.

If you are on our circulation list you will have received a copy by email or in the post.

Because of copyright restrictions, we have introduced a password to enable this document to be opened only by our congregations.
If you need the password, please email us.

In honour of the late Duke of Edinburgh, HRH Prince Philip, there were three commemorative services across Devon on Thursday 15 April.

There was a Torbay Unitary Authority service at St Paul’s Church, Preston at 10am where the Bishop of Crediton, The Right Reverend Jackie Searle preached. The service was livestreamed on the Torbay Council Facebook page.

There was a Plymouth Unitary Authority service at St Andrew’s Church, Plymouth at 3pm. The Bishop of Plymouth, The Right Revered Nick McKinnel  preached. The service is available to watch on the Plymouth County Council Facebook page and YouTube channel.

Worship for the Easter Season

ZOOM:  Worship is available on the internet using ‘Zoom’, and on the telephone, using a conferencing facility.
If you would like to know more about joining in with either, please contact either
Revd Sue  (01404 42925 or email Sue) or Julia Barrett (email Julia)

click here for an order of service for you to use.

Because of copyright restrictions, we have introduced a password to enable this document to be opened only by our congregations.

In addition to the ZOOM services on Sundays we are also celebrating
REAL services at St Paul’s:

Places are limited and booking is essential – please contact the Parish Office if you are interested in finding out more or getting involved.

We produced a Prayer leaflet for your use during the Coronavirus emergency. This has been combined with the simple form of Worship for use at home that we introduced at the start of lock-down.

I encourage you to stop each Sunday morning at the time of your usual church service, and use this service, worshipping at home, but as part of the Body of Christ, and its local expression in your community.  I will of course be praying it in solidarity with all of you.
With my love and blessings,  Sue

Because of copyright restrictions, we have introduced a password to enable our downloadable documents to be opened only by our congregations.

If you are need the password, please email us.

Preparation: Begin by stilling yourself; then dedicate your time of prayer to God and ask God that all you think, feel and imagine are for the glory of God.

Gift: Ask for what you desire from this time of prayer, for example to recognise the risen Jesus beside you day by day, or to announce with joy the good news of his resurrection to others.

Setting:  The garden, near the tomb, very early in the morning.  Imagine you are Mary, one of the disciples, or, again, a bystander.

The Gospel: John 20:1-18
Early on the first day of the week, while it was still dark, Mary Magdalene came to the tomb and saw that the stone had been removed from the tomb. 2 So she ran and went to Simon Peter and the other disciple, the one whom Jesus loved, and said to them, ‘They have taken the Lord out of the tomb, and we do not know where they have laid him.’ 3 Then Peter and the other disciple set out and went towards the tomb. 4 The two were running together, but the other disciple outran Peter and reached the tomb first. 5 He bent down to look in and saw the linen wrappings lying there, but he did not go in. 6 Then Simon Peter came, following him, and went into the tomb. He saw the linen wrappings lying there, 7 and the cloth that had been on Jesus’ head, not lying with the linen wrappings but rolled up in a place by itself. 8 Then the other disciple, who reached the tomb first, also went in, and he saw and believed; 9 for as yet they did not understand the scripture, that he must rise from the dead. 10 Then the disciples returned to their homes.
11 But Mary stood weeping outside the tomb. As she wept, she bent over to look[a] into the tomb; 12 and she saw two angels in white, sitting where the body of Jesus had been lying, one at the head and the other at the feet. 13 They said to her, ‘Woman, why are you weeping?’ She said to them, ‘They have taken away my Lord, and I do not know where they have laid him.’ 14 When she had said this, she turned round and saw Jesus standing there, but she did not know that it was Jesus. 15 Jesus said to her, ‘Woman, why are you weeping? For whom are you looking?’ Supposing him to be the gardener, she said to him, ‘Sir, if you have carried him away, tell me where you have laid him, and I will take him away.’ 16 Jesus said to her, ‘Mary!’ She turned and said to him in Hebrew,[b] ‘Rabbouni!’ (which means Teacher). 17 Jesus said to her, ‘Do not hold on to me, because I have not yet ascended to the Father. But go to my brothers and say to them, “I am ascending to my Father and your Father, to my God and your God.”’ 18 Mary Magdalene went and announced to the disciples, ‘I have seen the Lord’; and she told them that he had said these things to her.

Conversation: Talk to Jesus, in your own words about whatever has come up for you.

Final prayer: Finish with a formal prayer, such as the Lord’s Prayer.

The Diocese of Exeter have created a series of REFLECTIONS on video:

You may also be interested in Music and Worship from the Cathedral. Link to their pages here.

Resources to use at home

As you will all know, churches are again having to close due to the virus.  We are very sad about this, but want to continue to make a difference for you all with our Celebrate Together Videos.

We have shared the excitement of Easter Day and have video and songs to celebrate.  Our third video in this series has some lovely songs for us all to sing and enter into the worship of this season.  We do hope have experienced Easter anew and afresh.

Lots of love from the Celebrate Together Team.

To catch up with earlier videos in the  “In the Beginning”, “All about Jesus”, “In a Foreign Land”,  “More about Jesus”, “Bible Heroes”, “First Christmas”, “Trusting God”,  “Followers of Jesus”  and “The Easter Season” series, click on the title.

Technical note: YouTube videos like these cannot be viewed on early models of iPad (4th generation running iOS 10.3.3 or earlier).
Please use another device if you have this problem.

This week’s video: BREAKFAST ON THE BEACH
(episode 4 of 4)

Exeter Diocese have developed a huge range of resources and activities for children of all ages.

Have a look at what they have to offer here

In love for a world undergoing crucifixion and awaiting resurrection

As you will know, the Government has said that there can be no weddings or baptisms during the current situation.  We appreciate that this will cause much sadness and disappointment.  However, we really hope that you will get back in touch with us once we are out of this pandemic, and that you will want us to play our part in sharing in your celebrations.

If you want to get in touch in the meantime to talk about your plans or hopes , you are so welcome to do so.

Funerals will continue to take place during the current situation.  However, only a limited number of family and friends will be able to be present. Please check the current restrictions with your Funeral Director.  Preparations for the service will be made by telephone and email contact where possible.

These restrictions will, inevitably be incredibly sad and difficult for everyone concerned, and we will do our best to support you in whatever way we can.  We will of course, be delighted to help you to arrange a service of Thanksgiving or a Memorial service once the restrictions are fully lifted.

On this page:
Worship  –  Events  –  Safeguarding

The Honiton Mission Community seeks to communicate God’s love and to reach out to others by encouraging people through pastoral care, participation and worship.

The Churches in our Mission Community 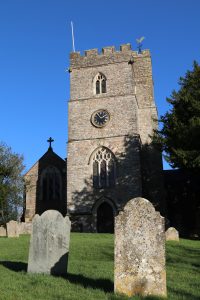 If you are expecting to see the St Paul’s, Honiton website at this address, then let’s explain.

The domain name “HonitonCofE.org” feels more appropriate to the whole of the church in the Honiton area. So we have decided to make this the page that will cover all the activities that involve and affect all the parishes and churches in the Honiton Mission Community (HMC).

We hope that you like the result and we look forward to receiving feedback and suggestions on how we can keep this important resource up-to-date and relevant.

Find out more about what the Church can offer for Christenings, Weddings and Funerals.

These are general presentations. When you are ready to make specific arrangements, please contact us via the Parish Office.

Safeguarding is the responsibility of each church in our Mission Community. Please see the appropriate parish page (from the menu above) for more detail.

The parishes of Awliscombe, Buckerell, Combe Raleigh, Cotleigh, Gittisham and Honiton (which make up the Honiton Mission Community) are committed to safeguarding children, young people and adults at risk to worship and grow in Christ safely.
Concerns about children, young people and adults at risk will be diligently and promptly responded to according to our procedures, recognising the sensitivity it may hold for those involved.
As a Mission Community (group of parish churches) we have adopted the House of Bishops ‘Promoting a Safer Church’ policy and the Parish Safeguarding Handbook, incorporating the House of Bishop’s Safeguarding Policy and Practice Guidance.
All our PCCs (Church Councils) have formally adopted this and signed a Safeguarding Policy Statement Promoting a Safer Church and a copy of this can be found on each church’s page on this site.
We have also displayed the Promoting a Safer Church poster prominently within each church.
All those working with children and adults at risk have undergone safer recruitment, received safeguarding training and support.
If you have a concern about the safety of someone or the actions of someone working with children or vulnerable adults, please speak to the appropriate contact for your church – see the list or visit the church’s page on this website:

You could also contact the Diocesan Safeguarding Team at https://exeter.anglican.org/resources/safeguarding/safeguarding-team/

If you are a young person and you feel unhappy about something happening to you, you can call Childline on 0800 11 11.